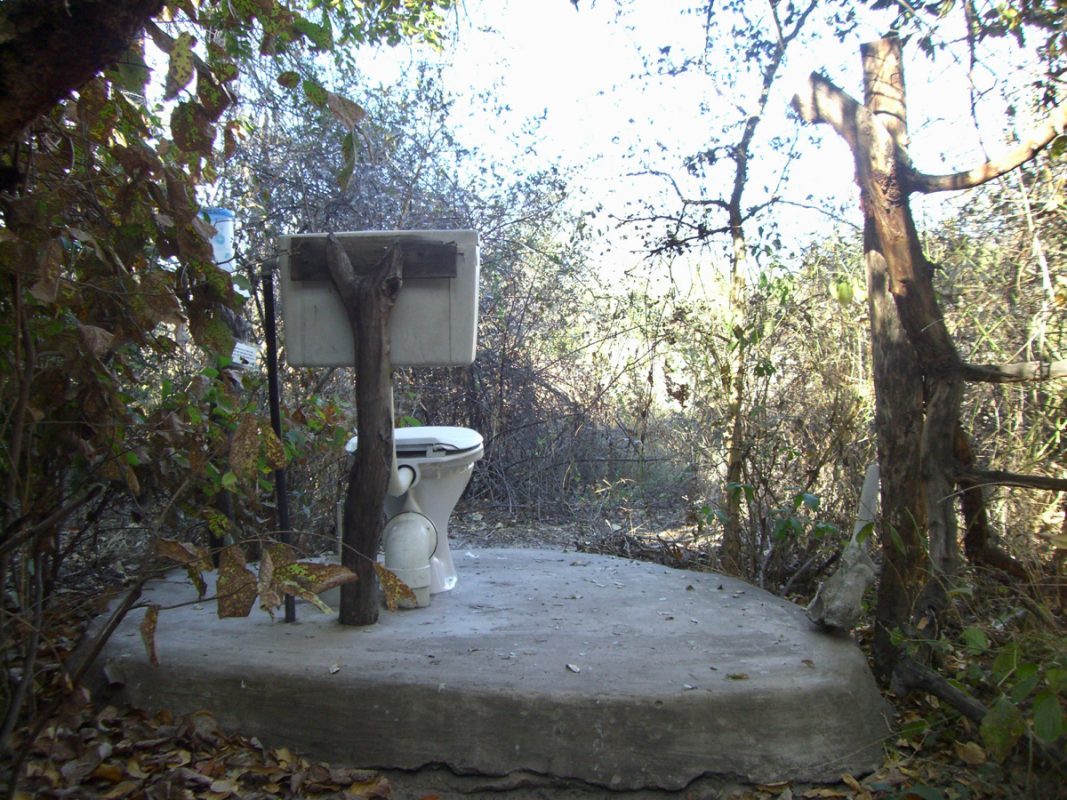 The year is 2009. I’m in Africa for the first time in my life – specifically, in the Namibia “panhandle” which extends along the top of Botswana, close to the border with Angola. In short, it’s one of the most exotic places I’ve been in my life so far.

We are staying at the most backpacker-y place we have stayed yet: Ngepi Camp. We are just over halfway through a round trip from Windhoek, through Namibia, and about to head into Botswana and the Okavango delta before heading back to Windhoek. The camp is a quirky place, set on the bank of the Okavango river, which has the distinction of being one of the few rivers in the world which never actually reaches the sea. It rises in Angola, and makes a quick 20 mile dash across Namibia before spreading out into the delta that bears its name, then evaporating into the warm air of the Kalahari.

We pitch our tents on the river bank. There’s a stern warning tonight: avoid the nice flat area where the vegetation that lines the bank disappears to give a spectacular view of the water. The reason we have to avoid it is that it is apparently the spot where crocodiles and hippos come onto land, and they are not known for making detours around tents. I don’t sleep especially well knowing we are only slightly off the hippo M1.

The best thing about Ngepi camp, apart from the hippos, is the toilets. Yes, I said toilets. Each outdoes the next; all outdoor, you could be hiding in the jungle or looking out over the river as you’re taking care of business. It makes for a spectacular visit, although it’s a little spooky at night and, by daylight, you do have to check for passing dugouts on the river before compromising your dignity…

The following day we make a visit to a local village. Traditionally built of mud huts, it’s an eyeopener for me and somewhere I never thought I’d see in person. As we arrive, a teenage boy is driving two cows towing a bundle of branches to a spot where, we are told, he is building a small house. Apparently it is a rite of passage for the teenagers of the community, teaching them skills they will need in adulthood. Any romantic idea, however, that African teenagers are somehow more responsible than British ones is dispelled by our host, who explains that he is having to be browbeaten by his parents into actually getting on with it!

We arrive at one of the mud homes, which is a compound containing two houses, a clothes line full of washing, and a family sitting around in the shade of a tree. They also have several puppies, who have found a shady corner to curl up in – unfortunately right in the gateway, meaning we have to avoid stepping on them as their cream-coloured fur blends into the sand. The children are gorgeous, although this is clearly a poor community. A young lady in her 20s shows us inside her home, and another stereotype is shattered as I notice her collection of handbags hanging on pegs, one of which is very similar to my own. I make sure to compliment her on it.

The final romantic image, however, is shattered by grandma, who has come from Botswana to pay a visit to the family. I think all our group have the same image in our minds: the intrepid lady trekking for days across the sands, on foot, with a cloth bundle over her shoulder and herds of zebra grazing in the background. “How did she get here?”, someone asks. The answer? “In a taxi with her passport”. 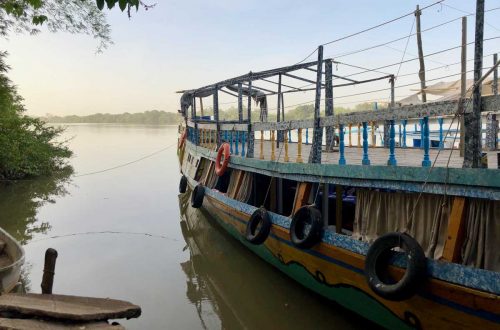 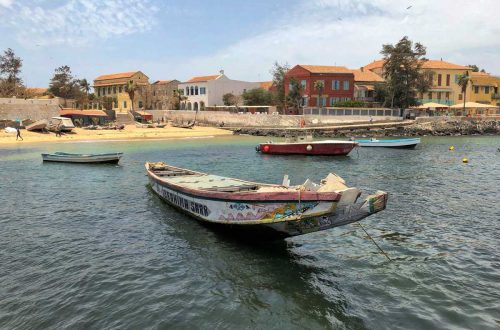 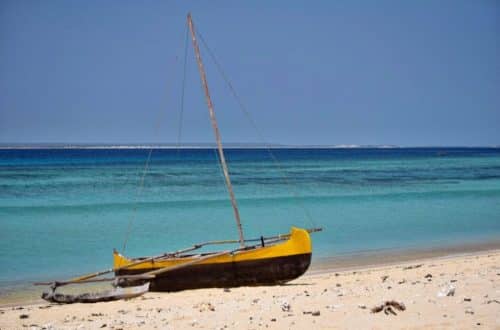