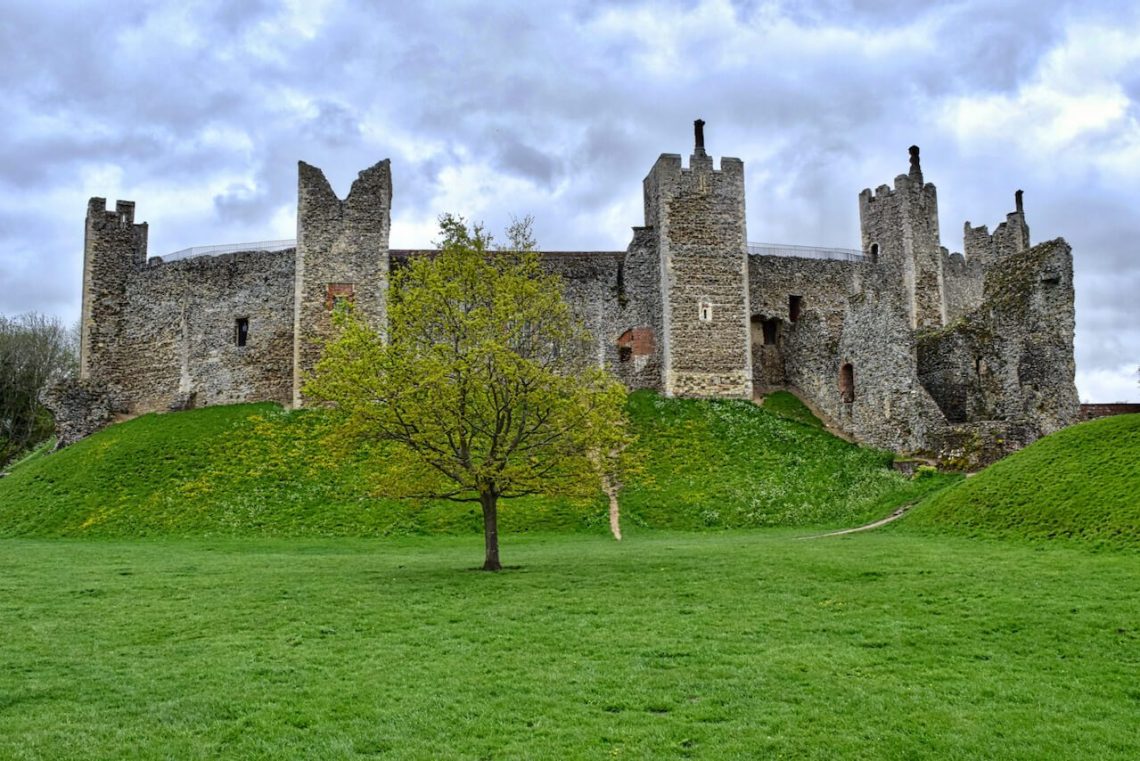 Deep in the East Anglian countryside, medieval Framlingham Castle has a rich history which makes it one of the most fascinating Suffolk days out.

The castle consists of a curtain wall which is still capable of keeping out invaders today. The central courtyard has never had a main keep; instead, individual buildings were constructed for living and working accommodating. Many of their outlines are visible today; the 18th century workhouse still stands and has been transformed into a museum, cafe and shop.

The medieval castle of Framlingham has a long and important history.

First built in the mid 12th century, the original structure was demolished and the present castle constructed in the early 1200s by Roger Bigod. It played host to King John in 1213, but just 3 years later John attacked the castle in revenge for Bigod’s involvement in forcing him to sign the Magna Carta.

Fast forward 3 centuries, and Framlingham became one of the more significant Tudor castles. Owned by this time by the Howard family, it passed into the hands of Thomas Howard, Duke of Norfolk, an uncle of both Anne Boleyn and Catherine Howard (2nd and 5th wives of Henry VIII respectively – coincidentally, the two who ended their lives on the executioner’s block).

When Howard fell from grace during the reign of Henry’s son Edward VI, Framlingham was gifted to Mary Tudor, Edward’s older sister and Henry’s first daughter, known to history as Bloody Mary. Mary fled to Framlingham when, in 1536, Edward died having bypassed his catholic sister as his heir and named the protestant Lady Jane Grey instead. Mary plotted her attack from the castle, but in the end no fighting was needed; she was still at Framlingham when she was finally proclaimed Queen Mary I.

In later years, the castle became a poorhouse during the 18th and early 19th centuries. Today the castle walls are still largely intact, and is a fascinating place to visit.

As you enter the castle, you will see a building on the left-hand side which was originally the 18th century workhouse. Inside, you will find a cafe and gift shop, but also the entrance to the museum and wall walk.

There are two main exhibits; the first you come to details the history of Framlingham in the 19th and 20th centuries, with fascinating memorabilia from this period. The second display, though smaller, is the more engaging, showing the history of the castle itself through the ages. From this exhibit, you will be directed to the stairs to begin the wall walk.

As you approach the museum and wall walk, you will be given several opportunities to scan a QR code for a free audio guide, accessed from your phone. There are two versions of the tour, a main guide and the Topsy Turvey guide which is aimed at children. The guide is well worth using as you go around the walls.

Access to the castle walls is up a steep, uneven spiral staircase. There is a rope handrail, but the stairs will not be suitable for those with mobility problems. (Rest assured that the descent later is via a different, much more modern set of stairs).

Once you make the climb, though, the view over the castle itself and the surrounding area is well worth the effort, and is probably the highlight of your visit. Follow the walk around the walls, stopping as the clearly marked signs for more information and to listen to your audio guide. Note that the written signs complement the audio guide but contain different information.

Learn more about the castle’s history, the village of Framlingham and the surrounding park that existed in medieval times. The wall walk is relatively level, over a combination of stone and wooden walkways. On windy days it is quite exposed, so be prepared; if the weather is extreme, access to the walls may be closed.

Descending from the walls, you will arrive back in the main central courtyard. Check out the outlines of the old chapel and living quarters of the castle; meanwhile, take a closer look at the poorhouse, which is an amalgam of several buildings with sections dating from the 12th, 17th and 18th centuries,

The Mere and Moat

Once you have visited the castle interior, head back out through the main gate and cross the moat (at Framlingham, a deep ditch which has never contained water, but which made it significantly harder to invade).

Immediately on your right after the bridge is a pathway that will take you down to the moat itself. Follow it clockwise around the castle to come immediately to a small meadow with a stunning view of the exterior of the castle. From here it is also possible to see the Lower Court, which has been both a prison and apartments in its time.

Just beyond the meadow is a lake or mere, which provided water for the castle; the surrounding plants and wildlife are much as they would have been in medieval times.

It is possible to walk the entire circumference of the castle along the moat. If you continue clockwise from the meadow, you will come to a steep and slippery download slope which is hard to navigate; I recommend instead heading anticlockwise, which takes you down on a gentle gradient and up the steeper section, which is much more manageable. Walking the moat takes about 10 minutes.

How much does it cost?

Framlingham Castle is owned by English Heritage, and members get in free.

Non-members pay £12.50 for adults and £7.50 for children, which includes a small donation. Family tickets are available. The car park costs £3 and can be paid by card.

If you have your own transport, consider pairing Framlingham with another of the seven castles in Suffolk. On a clear day, nearby Orford Castle can even be seen from Framlingham’s battlements! 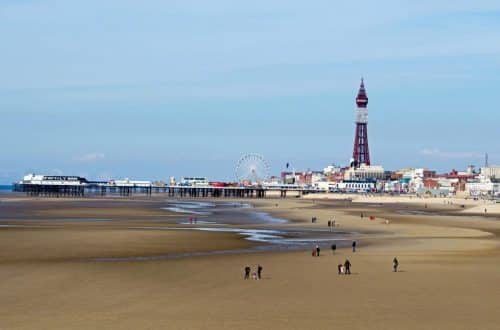