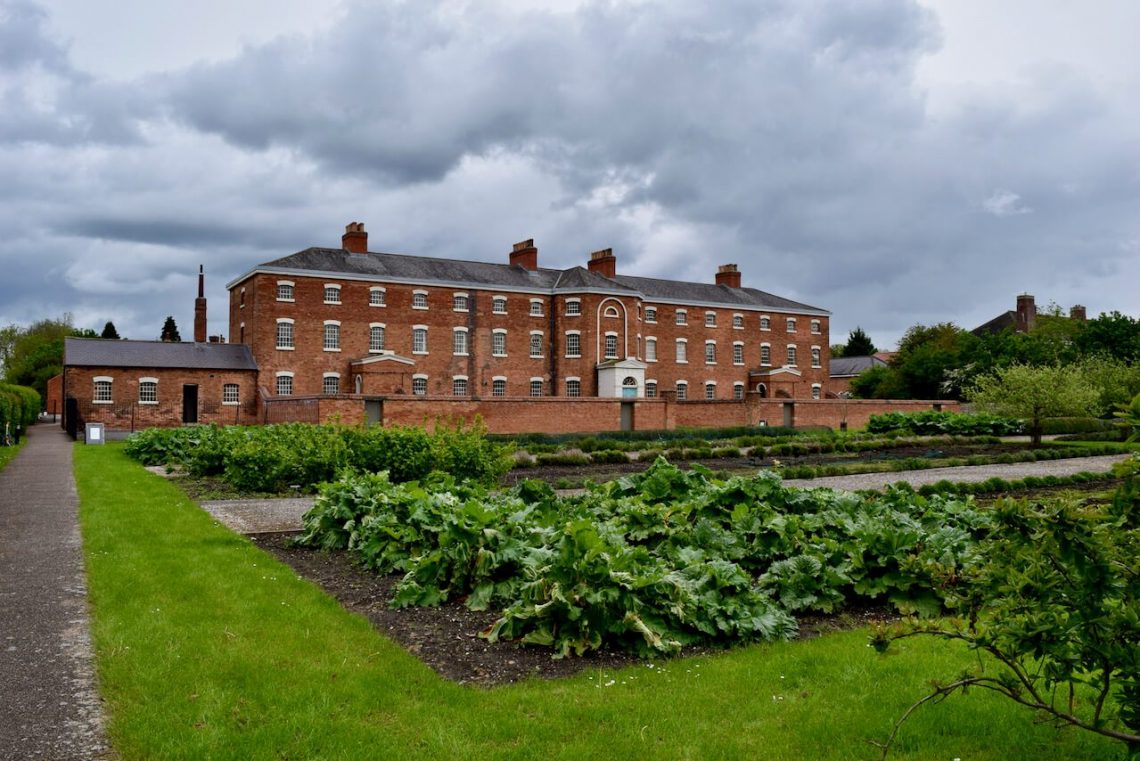 If you’re looking for fascinating things to do in Nottinghamshire, Southwell Workhouse is an unusual gem of a destination.

Located in the small town of Southwell, Nottinghamshire, about 15 miles to the northeast of Nottingham, Southwell is one of the first purpose-built Victorian workhouses in the country. Built in 1824, it housed the area’s paupers for well over 120 years before the advent of the welfare state in 1948.

The adjacent infirmary continued to serve the community until the 1980s, and can also be visited.

What was a workhouse?

In the days before government benefits, if you didn’t work, you didn’t eat. Unemployment and low wages left many people desperate, as did ill health; life was particularly difficult for women who were left alone if their husbands died, abandoned them or were sent to prison. With no source of income, local residents were dependent on the parish for support.

Southwell Workhouse was built as a prototype for a new solution to an expensive problem. Instead of supporting families in their own homes, the destitute would be brought to a central location where they would be fed, clothed and housed in return for work. Conditions in a Victorian poor house were not easy; the food and other essentials provided were uninspiring and aimed solely at giving them the strength to work. The workhouse was intentionally designed to be unappealing and a last resort.

The life of a workhouse inmate

Days at a 19th century workhouse were long, from 6 or 7 in the morning to 8 at night, and consisted of manual labour. Workhouse jobs for men included breaking rocks for construction, maintaining the building and other physical activities, while women would cook and clean for the entire house of up to 160 residents at a time. Only children and the elderly and infirm were spared; children received an education, whereas those who couldn’t work were given a place to rest and eat, but there were no luxuries.

Men, women and children were separated the moment they walked through the door. The men and women were housed in separate wings with the children in a separate, central area. Families could only meet on Sundays after church, although smaller children could remain with their mothers until anything up to the age of 7, and young children had more contact with their mothers in general.

Workhouse food was basic, with bread and gruel (a form of oatmeal) for breakfast and supper, and a meal of broth or meat and potatoes at midday. The focus was on providing the calories needed to work, rather than an enjoyable experience.

It is possible to visit both floors of the main workhouse building, as well as the infirmary building and kitchen garden.

At the time of writing, a one-way system was in place through the workhouse, taking visitors first through the ground floor and then the upper floor. You will see the day rooms, bedrooms and dining/kitchen areas, as well as the master’s rooms and schoolroom.

There are plenty of information boards throughout the building, and look out for the details printed on blankets, sheets and clothing through the exhibits which provide additional facts about workhouses in the Victorian era. An electronic device provided on entry gives further information in many areas.

Located behind the workhouse, the infirmary has exhibits on its upper floor detailing its life helping the sick and infirm of the community. There is also a good display on the life and work of Florence Nightingale, who grew up in the local area.

On the ground floor of the infirmary is a coffee shop with the usual range of drinks and snacks.

How much does it cost?

One of the more fascinating museums in Nottinghamshire, Southwell Workhouse is owned by the National Trust, and entry is free to members.

For non-members, standard admission costs £13 for adults and £6.50 for children, and parking is free of charge.

The workhouse is located in the village of Southwell, Notts, about a 35 minute drive from Nottingham, Grantham and Lincoln, and 50 minutes from Derby.

The 26 bus runs from Nottingham but there is about a 1 mile walk from the bus stop to the workhouse (total travel time 1h15).

Alternatively, take the train to Newark Castle station; at nearby Trent Bridge bus stop the number 28 will take you to Southwell, from where it is an 8 minute walk to the workhouse (travel time 25 minutes).