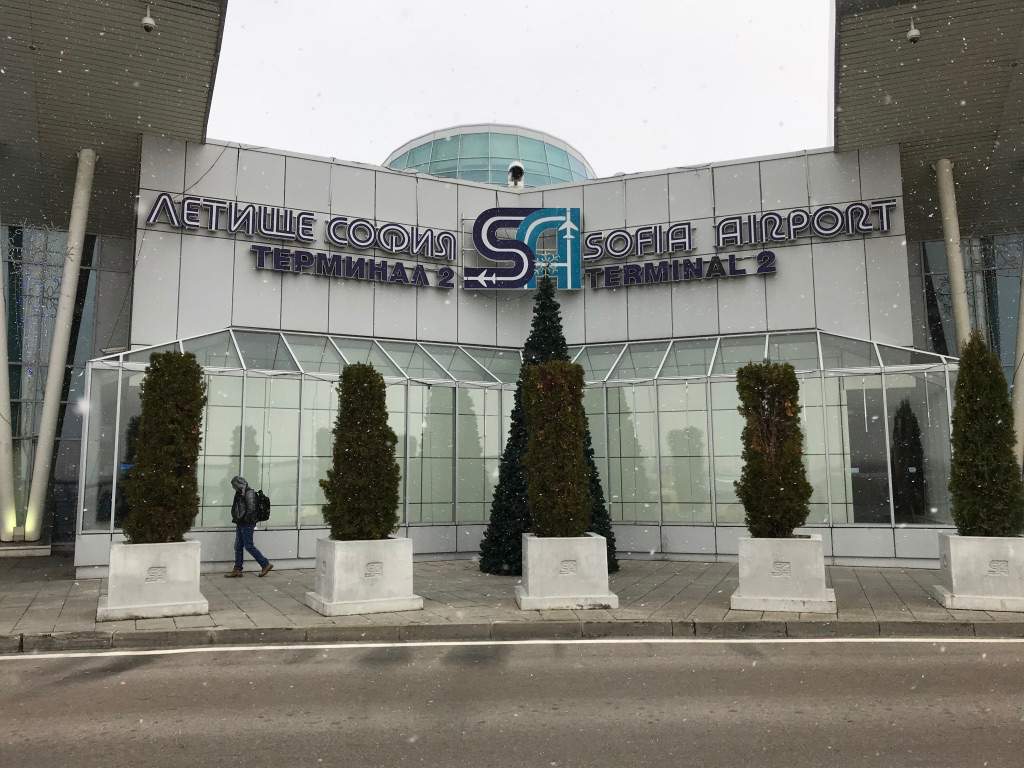 Sofia, Bulgaria’s historic capital city, is definitely an up and coming destination. With an increase in low-cost flights from other parts of Europe, as well as some serious investment in tourist sites and infrastructure, it may still be a little off your radar – but it’s time to look a bit closer! With affordable accommodation to match the great airfares, it’s the perfect budget destination; and if you’re looking to get to your city accommodation without breaking the bank, look no further than the city’s cheap and efficient metro line for the perfect Sofia airport transfer.

But arriving in a new city can be daunting at the best of times. How easy is it to use the metro as soon as you step off the plane? Well, the good news is that getting to and from Sofia airport by metro is pretty straightforward. Read on for your step-by-step guide…

IMPORTANT: The metro runs from 5am to midnight, however the shuttle bus between terminals only runs from 7am to 7pm. If you are arriving into Terminal 1, this means that this option is only viable if you will arrive between these times, otherwise you should plan to use buses or taxis to reach the city centre, or pre-book your Sofia airport transfers with a specialist company. This is not a problem at Terminal 2, which you can reach at any time during metro operating hours.

On your exit from the plane, you will be taken by shuttle bus to the terminal building where you will pass first through immigration. If you are an EU national, your passport will not be stamped. EU citizens with national identity cards can enter Bulgaria using these rather than their passports. (If you are not an EU national, check with your country’s Bulgarian embassy for details of any visa requirements).

Shortly after passport control, you will collect your luggage before passing through to the arrivals area. You will need Bulgarian currency (leva) for your metro ticket, so head to the left as you exit, up the ramp by the car rental desks, and you will see an ATM to your right. If you prefer to exchange cash, there is a bureau de change in the baggage reclaim area at both terminals.

Exit the terminal using the main doors, and head for the shuttle bus stop which is located almost directly in front of you, across the dropoff lane. Look for the glass and chrome bus stop and the “SHUTTLE BUS T1 <—–> T2” sign (it is written in English). The Sofia airport shuttle bus departs every half hour at .00 and .30, and is free to use. It will take you directly to Terminal 2 in about 10 minutes, and there is no other stop in between. The terminals are some distance apart through city streets, so unfortunately it’s not possible to walk from one to the other if you find you’ve just missed a bus.

On arrival at Terminal 2, disembark and look for the metro entrance to the right of where the bus has dropped you off.

If your flight lands at Terminal 2, your journey just got a whole lot simpler. Once you have passed through immigration and baggage reclaim, simply exit the terminal through the main doors and turn left. Walk along the front of the building until you see the metro stop straight ahead of you.

Taking the metro to the city centre

To buy a ticket, select your preferred language on the ticket machine (yes, English is available!), and press the button for a single journey ticket. Enter coins or a banknote to the correct value (currently 1.60 leva in December 2017); the ticket and change will drop into the tray below the machine.

To board the metro, enter your ticket at the electronic gate with the barcode forwards. Note that you insert the ticket to the LEFT of the gate you wish to use; this is clearly marked, but can feel counterintuitive. You can then descend the escalator to the wide and airy metro platform. The airport is the terminus, so you can take a train from either platform; there is often one already there, waiting with its doors open until the scheduled departure time. The journey from Sofia airport to city centre takes around 18 minutes.

Getting from Sofia airport to Sofia city centre is straightforward: the airport is on the blue metro line (M2), which takes you to many of the central stops. Serdika station, in the heart of the city, is the most common place to change from one line to another. If you need to change, just get off the train and follow the signs to the red line (M1). You will not need a second ticket.

Once you get to the closest metro station to your accommodation, just follow the exit signs. You won’t need your ticket to exit through the barriers.

Returning to the airport

When you’re returning to the airport at the end of your stay, remember again to take into account the operating hours of the shuttle bus between terminals 2 and 1.

To take the metro back to the airport, use the blue line again (M2), making sure you are on a train going all the way to the airport. The display screens will tell you when each train is arriving, and the terminus station. If you are setting off from a red line (M1) station, change at Serdika and follow the signs to transfer to the blue line, making sure that you are heading to the airport and not to Vitosha, which is in the opposite direction.

On arrival at the airport, exit the station and head towards Terminal 2. If your flight leaves from Terminal 1, you will need to take the shuttle bus again. The bus stop isn’t in the same place where you were dropped on arrival – it is slightly past the main entrance to Terminal 2. Just keep following the front of the building (with the terminal on your right) until you see the sign. Buses back to Terminal 1 depart at .15 and .45, with the first bus at 07:15 and the last bus at 18.45.

Allow 2 hours to clear security and immigration at Sofia airport when you are leaving. Note that the security checks can be quite stringent, so take extra care to avoid wearing any metal objects if you want to avoid a frisking! Once past security, there is a small range of souvenir and duty-free shops. In Terminal 1 there is also a small food outlet, whereas Terminal 2 has slightly more food options. The only lounge is in Terminal 1.

Looking for more inspiration for your trip to Bulgaria? Passport Symphony has a great list of ideas to make the most of your time in this up-and-coming country.