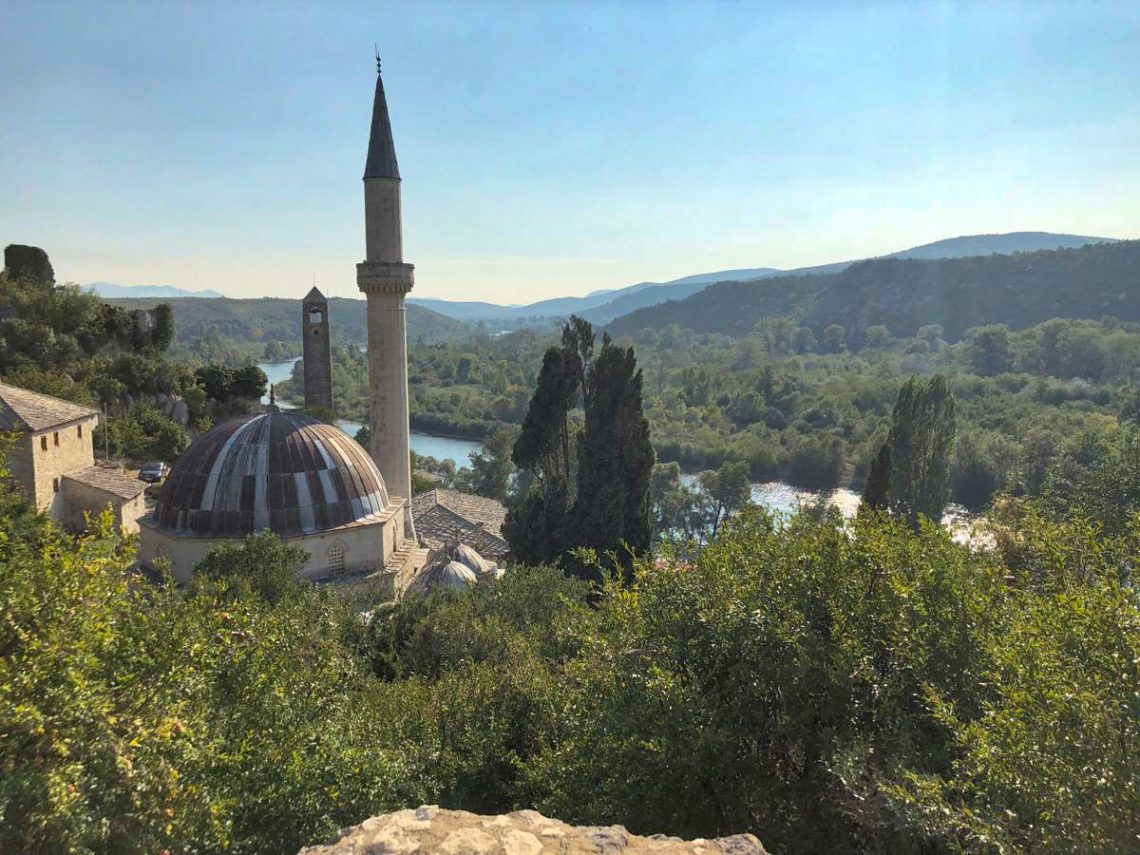 Nestled in the heart of the Balkans, the country of Bosnia and Herzegovina has had a recent history which was nothing short of tumultuous. Host to the incident which started the First World War (namely the assassination of Archduke Franz Ferdinand in Sarajevo in 1914), it subsequently survived decades of socialist regime before the notorious Balkan War of the early 1990s saw bombings, snipers and bloodshed.

It’s perhaps surprising, therefore, to discover that today’s Bosnia is a country of a rich medieval heritage and outstanding natural beauty. In the southwest of the country, the city of Mostar has picked itself up, built itself back up (literally and figuratively) and is now a mecca for visitors from all around the world.

But what do you do when you exhausted all the things to do in Mostar, and want to explore further afield? The great news is that there are a number of great half-day trips within easy reach of the city, which can be enjoyed individually or combined into a day or two of exploration in this southern corner of the country. Pick up a map or GPS, and prepare to create your own Bosnia and Herzegovina tour with these four perfect Mostar day trips!

At first sight, you would be forgiven for thinking that the Kravica Falls have been transported to the jungles of South America. These stunningly pretty waterfalls are the most popular Mostar day tour; located some 50km or around 50 minutes’ drive from the city, the falls are accessed by descending a winding set of steps deep into the lush green valley of the Trebižat river.

Forming a sweeping curtain 25m high and composed of 20 separate torrents of water, the waterfalls are the perfect place to cool off in the summer heat; bathing in the lake at the bottom of the waterfalls is permitted, and there are many outdoor restaurants catering to visitors.

The area can become busy in the summer months, but nothing can take away from the beauty of the Kravice falls themselves. If you’re not keen to swim, boat trips are available to see the curtains of water up close.

There is plenty of free parking at the waterfalls, and a small train is available to carry those who do not wish to walk up and down the hillside, although the Falls area itself offers limited accessibility. Entrance was €5 (10KM) for adults in summer 2018; outside high seasons prices are a little lower.

In 1981, six teenagers saw an apparition of the Virgin Mary on a hillside outside the small town of Medjugorje (Međugorje). Her appearances have continued ever since, and the town has since become a major centre for Catholic pilgrimage.

No matter what your religion, a visit to Medjugorje is an experience well worth the effort. Believers will find a centre dedicated to prayer and spirituality; attend mass the modern St James’s church, lay flowers at a statue of the Virgin and attend confession at one of the many confessional boxes. At the far end of town is a well-marked trail up Apparition Hill, where you can follow in the footsteps of the many pilgrims who have made the climb up to the apparition site itself.

For the less religious, Medjugorje is an appealing mix of spirituality and religious kitsch, as the dozens of souvenir shops overflow with rosaries, icons and other mementos for visiting believers. A number of restaurants make it a good lunch stop. If you are visiting as a secular spectator, do show suitable respect to the faithful; allow believers the space to pray and worship in private, and note that access to the church is limited by a dress code requiring shoulders and knees to be covered by both men and women.

Medjugorje is around 30km or a 35-minute drive from Mostar, and can easily be combined with Kravica Waterfalls which is located some 20 minutes’ drive away.

My favourite Mostar day trip is to the tiny Ottoman village of Počitelj, where you can step straight back into medieval times. A stone citadel dating from the 14th century perches on a hilltop overlooking an impossibly pretty settlement of stone houses, reached by winding cobbled streets which climb the hillside via a number of staircases. If this weren’t enough, the whole village overlooks the sparkling valley of the Neretva river, as it winds its way between the mountains.

Parking on the main road at the bottom of the village, take your time climbing to the castle and losing yourself in the alleyways. A number of the buildings are under special historical protection; check out the handicrafts on sale by the local residents and enjoy the views across the valley. If possible, time your visit to coincide with the call to prayer as it rings out from the village mosque (Bosnia is a predominantly Muslim country). The combination of medieval village and the call from the mosque is magical.

Počitelj is about 30km or a 35 minute drive from Mostar.

The final highlight of the Mostar region is a visit to the Dervish house (or Tekke) at Blagaj, a mere 15 minutes’ drive southeast of the city.

Driving up the valley towards Blagaj, it is hard to imagine the beauty to come. Heading deeper and deeper between the mountains as they climb up to left and right, your final destination is the banks of the pretty turquoise Buna river as it flows out from a large pool at the base of the mountain itself. And there, white against the cliff face, is the Dervish House.

Still used by this religious order even today, the Tekke dates from at least the 17th century and is open to visitors (entrance cost €3 or 6 KM in 2018). Check out the traditional chambers and former hammam as you discover this holy way of life, and what Dervishes really represent besides the popular image of whirling men in white robes. Traditional chants still take place 3 nights a week.

Outside the house itself are a number of restaurants strung out along the riverbanks. The location is peaceful and stunningly pretty; it is well worth stopping here for lunch or at least a strong local coffee, and taking it all in.

How to get there

All these destinations can be easily reached from Mostar, and combined into one or two days’ tour. If you don’t have your own transport, guided tours are available from Mostar.

Some of these locations may also be included on day trips from Dubrovnik. To visit Mostar from Dubrovnik, hire your own car or take one of the many tours available – a day trip to Mostar is a rewarding addition to any beach holiday. Driving time from Mostar to Dubrovnik is around 2.5 hours.

Spending 3 or 4 days in Bosnia and inspired to create your own day trip from Mostar tour? Pin this post for later! 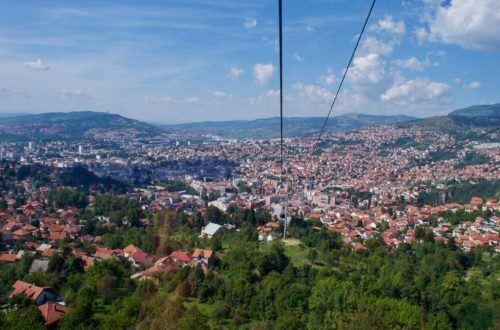 Top things to do in Sarajevo, Bosnia & Herzegovina 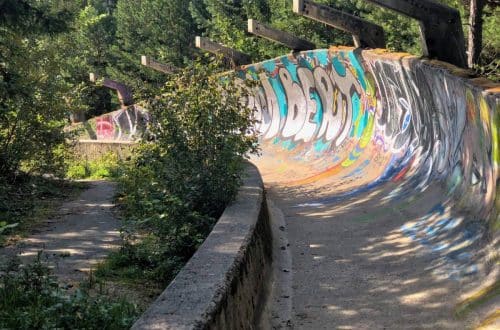 What to do in Sarajevo: The abandoned Sarajevo bobsled track