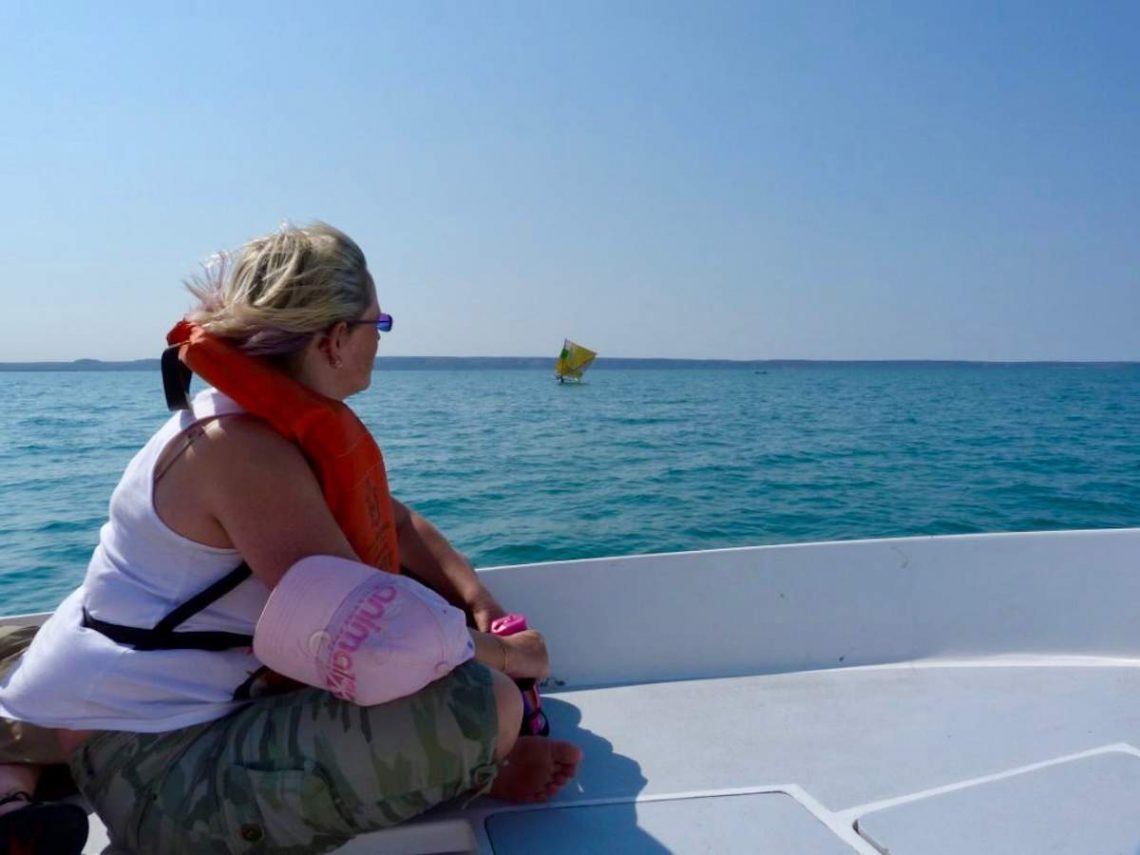 “I wish I was as brave as you”.
“You’re so brave travelling alone to all these places!”
“Solo travel? I could never do that!”

I’ve heard a hundred permutations of this phrase over the years.

It always baffles me that people see me as being brave when that’s never been one of my defining qualities. I’m never going to be the person who goes bungee jumping (likelihood = less than zero), or jumps out of an aeroplane (sky diving looks like it would be amazing, but the voice in my head telling me the parachute won’t open is probably always going to win. Never say never, but I don’t see it happening). I’m not even particularly great at going up and introducing myself to strangers.

But I have never seen anything inherently scary or brave about travelling. Let’s face it: I have both feet safely on the ground (or at least inside an aeroplane), a map/mobile phone/guidebook in my hand, and a good brain combined with a reasonable amount of common sense to keep me as far out of trouble as is humanly possible. I grew up in the London suburbs and was taught from an early age to avoid situations where I might not be safe. And the same rules I applied back then have – as far as I can tell – applied in pretty much every situation I’ve been in since, anywhere in the world.

That’s not to say I haven’t ended up in a few situations that were slightly ill-advised. I remember, the summer I spent in Russia in 1995, routinely walking my friend back to her apartment and then walking home with my (female) flatmate, usually late at night, in the darkness of the Yaroslavl suburbs. Our landlady was never completely happy with it, and we saw our fair share of drunk Russian men, but what were we supposed to do – let our friend walk home on her own?

Then there was the time, in Argentina, when I decided to get the tram and bus out to a gaucho market in the Buenos Aires suburbs. I did all the research; I had my bus routes and timings researched to perfection and knew exactly how I was going to get there. However, what I didn’t know (and probably couldn’t have known) was the area the tram would go through. I had a few misgivings when I got on, at the last stop on the metro line, but I was in a busy train station and they are never the most salubrious places at the best of times, so I assumed things would improve. Wrong: the further along the line we went, the more deprived the area became and the greater the percentage of indigenous Indian faces there were around me – sadly an indication that we were in an increasingly rough neighbourhood. Sitting on that tram, clutching my bag ever tighter, berating myself for my stupidity and expecting to be mugged at knifepoint at any moment, imagine my relief as we pulled into a tram stop at the same time as another tram going the other way. Quick as a flash, I leapt out of my carriage, over the tracks and onto the other tram and headed back to where I knew I was safe. I never did get to the gaucho market, but hey.

My point with these stories is that I learn from experience, and know to trust my judgment most of the time. If something feels wrong, I get out of the situation (or ideally don’t get into it in the first place). But the flip side of this is that I simply haven’t ever been in many dodgy situations. The few occasions when I have even been worried have been more about me being out of my comfort zone than anything really happening. (Even on that tram in Argentina nobody actually gave me a second glance).

And the reality is that the overwhelming number of experiences I have had over the years have been wonderful, filled with lovely people who have only tried to help and look after me. I’ve been in many poor areas, for example, and never once felt threatened. Of course, much of that may be because I have gone into these areas with a local guide and kept my valuables out of sight and obvious displays of affluence to a minimum. But I have wandered through Indian markets where fathers and sons posed for photos with their arms round each other’s shoulders, and flower sellers gave me blossoms to put in my hair, free of charge. I’ve visited a slum in Nairobi and met some of the most lovely, motivated and passionate people I could hope to meet (and the only person yet, anywhere I have been, who had actually heard of Stoke-on-Trent – “Stoke City!”!!). I’ve been at a historic site in the Indian Punjab where I was mobbed by enthusiastic local students who took more photos of me than I took of them.

New situations and cultures can be intimidating, but that’s a huge part of the adventure. If I can be credited with any special quality, I suppose it is this spirit of adventure, this desire to throw myself into unfamiliar environments and explore them. But I wouldn’t consider it brave, not in the slightest. Bravery implies danger, and I take great care not to put myself in any danger. I sometimes travel completely solo, but only to culturally and socio-economically familiar environments (normally within Europe/North America, or the more affluent Asian countries). In most other situations I join a group, or occasionally travel alone but book a private guide to show me around (in Nairobi, for example, I didn’t leave the hotel on my own as I knew the risks). On most third world trips I do try to explore on my own a little bit, once I have become somewhat familiar with the country and always staying close to my hotel, and I think this is important as a way of learning the street smarts that will keep me safe. But I’m careful.

Memorably, on my first trip to India, I went there expecting crime, hassle and to feel threatened. But I encountered the most friendly and helpful people, and was never once made to feel like a target with my blonde hair and western affluence. However, a few days before the end of my trip I had a call from home: my house in the UK had been broken into. Which just goes to show how skewed our perception can sometimes be.

The other reason people seem to see me as brave for travelling on my own is just that, the sheer fact of being alone. I don’t have anyone else looking out for me, and I don’t have people to hide behind in airports, hotels or restaurants. But I love that. I’ve travelled with friends, of course I have, and it can be wonderful. But you don’t see the destination in the same way. I wouldn’t say I’m the most sociable person when I’m travelling, and I’m not the type to strike up conversations with strangers (although I hope I’m polite and friendly). But I experience the place in a much more vivid way when I’m not distracted by being with another person. And as for looking after myself and enjoying my own company, well, if I can do it at home then why wouldn’t I be able to do it when I’m travelling?

Maybe I’m unusual. In the world of the adventure traveller, probably not – most people I’ve met on my travels thrive on the unknown and on exploring unfamiliar places. Then again, I can look at my non-traveller friends and colleagues and appreciate that they don’t enjoy getting out of their comfort zone in the same way I do, and there’s nothing at all wrong with that. But no, I’m definitely not brave for doing what I do. I don’t think so, anyway.

If you’re looking for more travel advice and inspiration, check out these posts!

Enjoyed “Why you don’t need to be brave to travel alone”? Pin it! 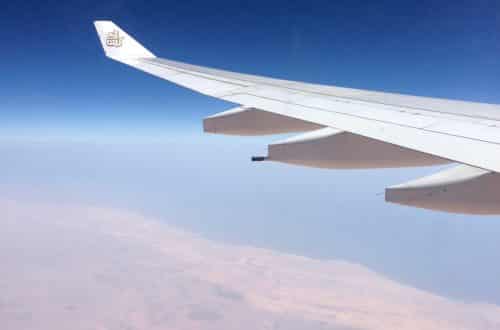 The view from the airplane window 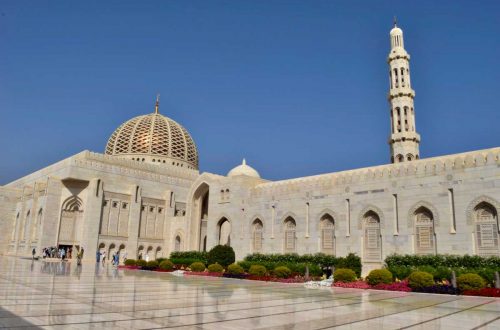 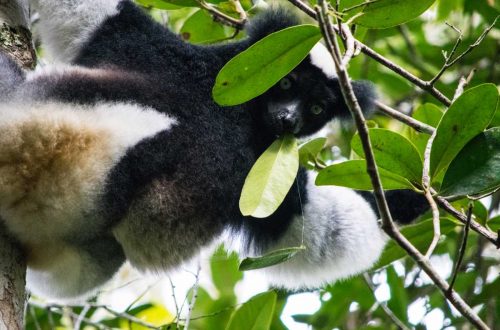 9 Amazing animal experiences from around the world!