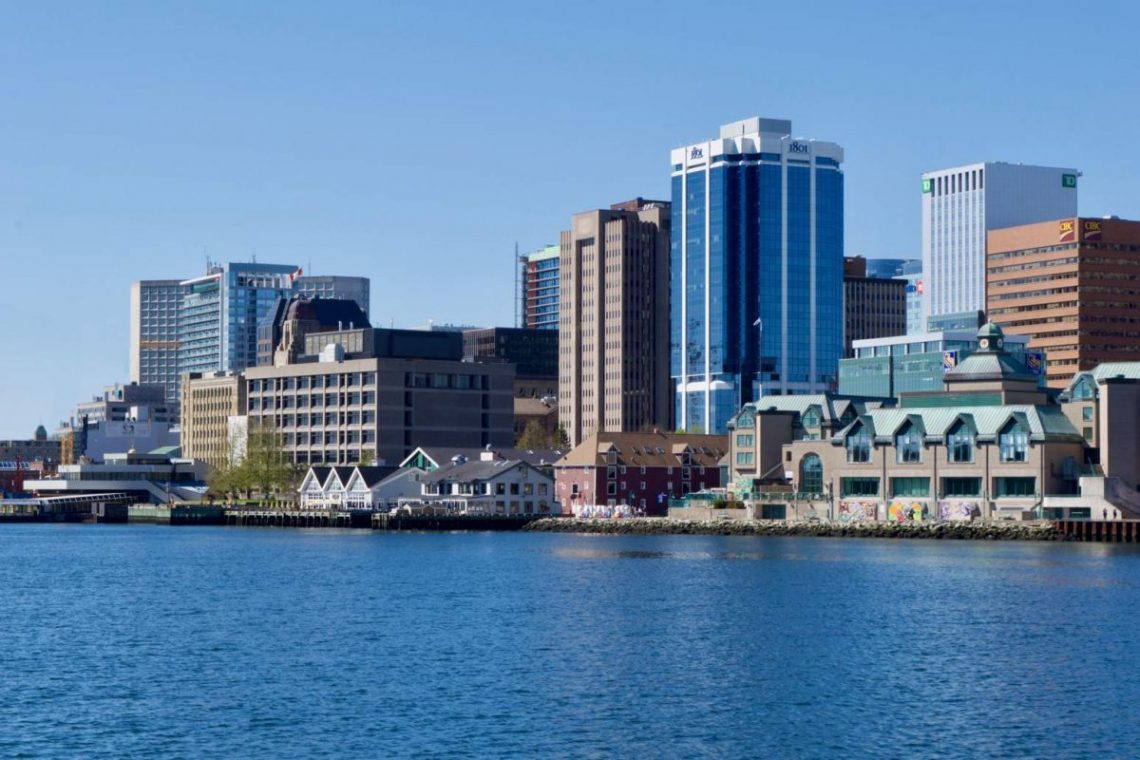 Nova Scotia. This peninsula on the eastern coast of Canada conjures up images of rugged coastlines, quaint fishing villages and a friendly people with a rich history. And at the heart of the province, in more ways than one, is the city of Halifax. Often overlooked by visitors in favour of the buzzing metropolises of Toronto and Montreal further west, or used as a mere jumping off point to explore the furthest corners of Nova Scotia such as the stunning Cabot Trail in the far north, Halifax nonetheless should not be dismissed – it has a character all its own and a lot to offer visitors. Halifax day tours are available, but why not discover the city independently? Read on to discover the best things to do in Halifax Nova Scotia for yourself!

Halifax is proudly a coastal city. Nestling on a bay carved out by the surging Atlantic Ocean, the city lies on a calm stretch of water that sparkles in the spring and summer sunshine. A boardwalk runs along the waterfront, lined with craft and souvenir shops, restaurants and much more. Grab a seafood lunch or a bag of saltwater taffy to eat as you stroll, try out the sea bridges, floating pontoons just above the water level, or sit back in one of the colourful free deckchairs and bask in the Nova Scotia sunshine. On a wet day, there is plenty to do undercover too; the Museum of the Atlantic and Pier 21 are located along the boardwalk, and there are plenty of pubs to while away an hour or two. On a great day, Halifax Waterfront is hard to beat!

The Museum of the Atlantic

Located on the waterfront, the Museum of the Atlantic is a compact, modern museum which is well worth a visit. Alongside the displays of life on the ocean wave, the museum has two major exhibits which draw the crowds. The lower floor houses a fascinating section on the Halifax Explosion of 1917, when two ships collided in the Narrows between the city and neighbouring Dartmouth, resulting in a fire followed by an explosion which flattened much of the city and destroyed neighbouring native communities. On the upper level, the big crowd-pleaser is an exhibit on the Titanic, the ill-fated White Star liner which hit an iceberg and sank on its way from England to New York in 1912. Many of the dead were recovered by Canadian vessels and brought to Halifax, where they were buried in Fairview Lawn Cemetery to the north of the city. The museum focuses primarily on the aftermath of the disaster and the recovery effort, and is well worth checking out, especially if, like me, you have also visited the Titanic Museum in Belfast which covers the building and voyage of the ill-fated ship.

The Halifax Transit Ferry makes the crossing from the city across to Dartmouth on the opposite banks of the Narrows every 30 minutes at weekends, more frequently at other times. Costing just $2.50 per adult one-way, the ferry takes around 15 minutes and gives spectacular views of the city skyline, the Macdonald Bridge and tiny George’s Island on the way. Once in Dartmouth, it’s worth checking out the pretty chocolate-box streets before your return journey. Or why not base yourself in Dartmouth – the ferry makes getting to the city super easy, cheap, and picturesque!

Pier 21, located at the southern end of the boardwalk, has always been the place where sea-goers arrive in Halifax. Today it is home to the cruise terminal, with massive liners making the stop on a regular basis, but in years gone by many of Canada’s immigrants passed through Pier 21 on their way to a new life. The Canadian Museum of Immigration has impressive exhibits on migration to Canada and what it means to be Canadian, as well as a thought-provoking hall exploring refugeeism through the decades, presenting a balanced view of how Canada and the rest of the world has dealt with the seemingly never-ending influx of migrants escaping danger and oppression in their home countries.

Pretty St Paul’s Church, sitting at one end of the Grand Parade opposite Halifax City Hall, may look like it belongs in a country parish, but it has a claim to fame: it is the oldest building in Halifax. Admire the white clapboard exterior, before checking out the inside with its stained glass windows and memorials to veterans of the American Revolution and the Napoleonic Wars.

Arguably the crowning glory of the city, Halifax Citadel sits perched on the top of the hill that dominates the city centre. The star-shaped fortress, first constructed in 1749, was for over a century one of the most important defensive stations of the British Empire, and the British flag still flies over the citadel today.

Inside, a windswept parade ground is dominated by the Cavalier Building, now home to a museum, gift shop and information centre. The fortress walls themselves are a rabbit warren of smaller rooms, many now staged to represent the fortress in its glory days: a barracks, tailor shop, school room and orderly room can all be visited, and staff in period costume are on hand to explain what life was like for the inhabitants. Check out the gunpowder magazine before climbing the battlements for a birds-eye view of Halifax below you.

Special exhibits are also laid on from time to time (a fascinating WWI trench exhibit in the fortress moat will be there until late 2018), while activities and performances take place in the citadel over the summer months. Or for a different view of the fortress, why not try one of the ghost tours? Check out the Parks Canada website for more information.

What else shouldn’t you miss in Halifax?

Nova Scotia is a coastal province, and Halifax doesn’t shy away from its heritage! Seafood is a staple on most menus, especially around the Waterfront area where atmospheric pubs and restaurants with alfresco patios offer a wide choice of places to eat (although they can be crowded on a sunny day). Local specialities are heavy on the lobster, which is a quintessentially Nova Scotian delicacy which is not only found on restaurant menus, but also on many of the local souvenirs and postcards. There is even a local twist on a Canadian speciality, as you will find lobster poutine on many menus. Don’t forget to wash it down with a glass of one of the many great local brews.

Nova Scotia is a delight for fans of food and drink, and Halifax takes its brewing seriously. Two of the province’s best-known breweries have premises close to the Waterfront; Alexander Keith’s, to the northern end, offers guided tours and tastings, whereas the Garrison Brewery is located to the south close to the cruise terminal and Pier 21. Gahan’s restaurant, located right on the boardwalk itself, offers a taster slab of 4 different beers which allow you to check a few more options off your list! Beer is a tradition here, and is the perfect accompaniment to the lapping of the water and the summer sunshine.

Halifax may be the biggest city in Nova Scotia, but it still has a homely feel, and its architecture plays a huge part in giving it atmosphere. Clapboard homes are widespread, and in the city centre you will still find plenty of heritage buildings on pretty side streets. Take a wander and check out the colourful buildings for yourself; you will find many a gem if you take the time to look.

Need to remember what to do in Halifax Nova Scotia in one day? Pin this post for later! 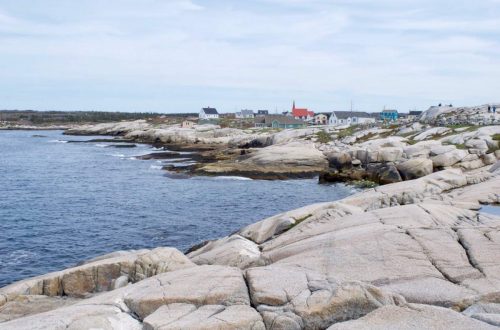 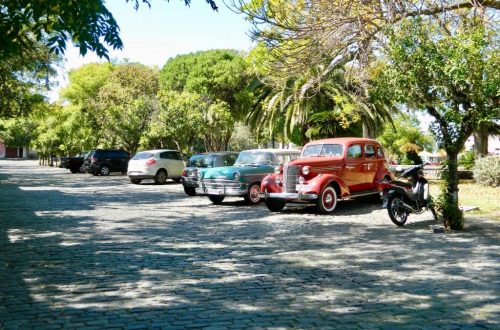 Taking a day trip to Uruguay from Buenos Aires 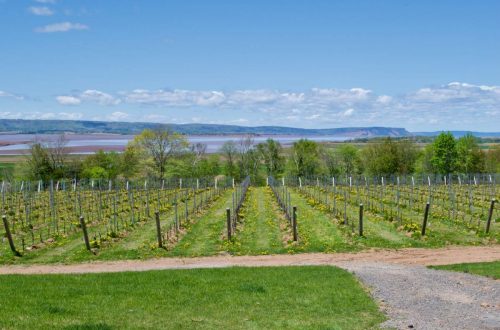