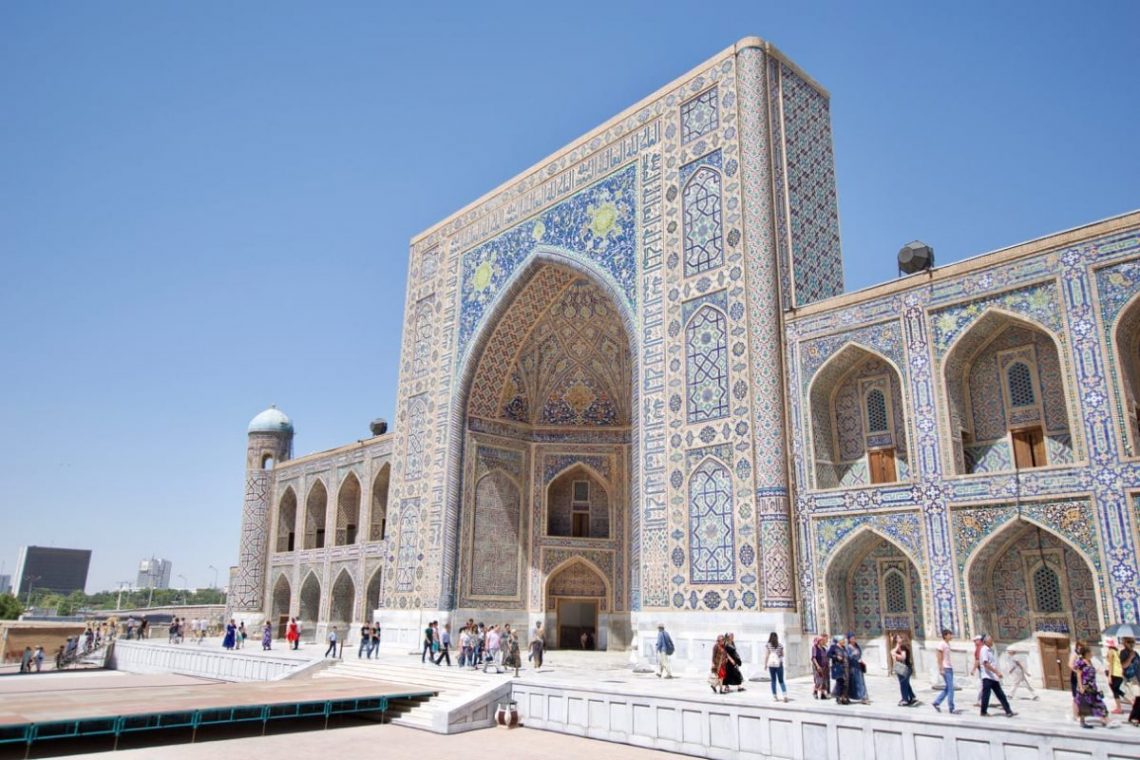 It’s quarter to ten on a Wednesday night, and I’m standing on a station platform in Bukhara, Uzbekistan.

I’m here on a trip-of-a-lifetime, bucket-list kind of adventure – and that’s saying something for someone who travels as much as I do. But for many years now I’ve dreamed of visiting the beautiful squares and madrassahs of Uzbekistan, with their towering turquoise domes and exquisite mosaic façades. Samarkand, Bukhara, and Khiva: they have been on my wishlist for years, and this was the trip where I was finally able to see them with my own eyes.

My journey started in Tashkent, Uzbekistan’s modern capital which is getting more modern by the day as the government invests significant money in modernisation, development and restoration, a theme I found throughout the country. From there I travelled by high-speed train to mythical Samarkand, with its historic Registan Square, before a drive across the desert, passing caravanserais and ancient water sources, to the ancient city of Bukhara.

I must confess I fell in love with Bukhara – more than a little bit. More relaxed and remote than Samarkand, it has an even greater abundance of beautifully-restored historic buildings showcasing the best of Uzbekistan culture, as well as a central square which hummed at night with lights, laughter and the smell of good food. We visited mosques and madrassahs, hammams and citadels; we explored local bazaars full of fresh produce, and tsarist Russian palaces where we explored mirrored reception rooms, then bought beautifully-painted scenes of the Silk Road from the Uzbek vendors just outside the door, in a perfect example of the contradictions of Central Asia.

In a restaurant one night I sang Russian folk songs with a local musician while we relaxed with traditional plov and Uzbek wine. And we walked the streets, many still being modernised and upgraded, and watched historic landmarks still in the throes of restoration as Uzbekistan maintains and celebrates its deep cultural roots, neglected for so many years.

But all good things must come to an end, and it was time to head east. (Khiva? That is further west, and has given me an excuse to return to Uzbekistan one day). Our route took us back to the capital, Tashkent, and our mode of transport was the overnight train. The high-speed network that took us to Samarkand does, in fact, go on to Bukhara, but that is a modern, sleek affair that places convenience firmly above soul. Our train, however, was good solid Soviet stock, lettered inside and out in Cyrillic characters and apparently unchanged from the train I first took back in February 1992, just 6 weeks after the end of Communism, from St Petersburg to Moscow back in the “old country” to the west.

On this journey we were three in our carriage, and with luggage to contend with, things were a little tight. Upper bunks were already folded down for the night, and our carriage guard handed out sheets and blankets for us to make up our beds. The carriages were air conditioned, but not until the train got underway; from sweaty heat as we waited for departure, by morning we were shivering under blankets. Old-fashioned sliding doors gave us privacy, and deadbolts on each door gave us security. Toilets were at either end of the carriage, but otherwise it was a no-frills affair.

With our train setting off at 10:30pm and arriving in Tashkent train station at 06:30am, we settled down for what proved to be a comfortable night, rocked to sleep by the motion of the carriage. We woke the next morning to the Uzbek landscape rolling past, the westerly deserts having by now made way for farmland and greenery as we approached the capital. As we rolled into our destination, we passed the sleek, futuristic nose of the Tashkent to Samarkand high-speed train, waiting to make its way back to the west. Are they more comfortable? Undoubtedly, but for sheer experience you can’t beat the Soviet night train across the desert.

I travelled to Uzbekistan with Exodus Travels. Want to check out Uzbekistan for yourself? Check out their site, or take a look at these tours offered by Kalpak Travel!

Planning to travel from Bukhara to Tashkent? Pin this post for later! 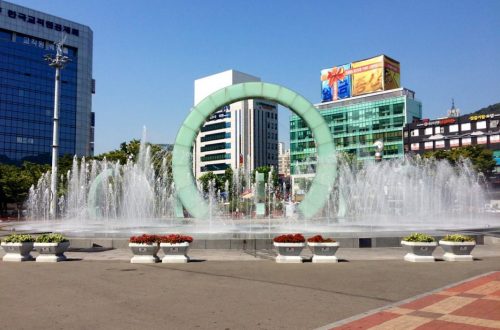 How to go to Busan from Seoul: Taking a Seoul to Busan day trip 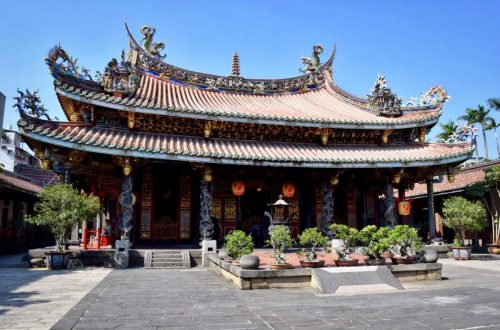 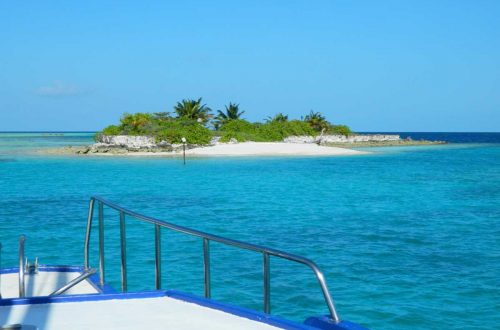